In this episode of the Tonight Show, host Amit Sion sat down with Cowgirl CEO Ken Amorosano to discuss how improved web performance and the introduction of Web Stories helped Cowgirl Magazine to stay on the cutting-edge of the digital publishing space.

Learn More About our Work With Cowgirl Magazine in the Full Case Study:

You might have heard about Web Stories, a new technology that’s come out of Google recently. You might have seen a few. But you’re curious what it takes to make a really great Web Story. Well, tonight I have the pleasure to speak with Ken Amorosano, the founder and CEO of Cowgirl Magazine.

Cowgirl Magazine has really harnessed this, and are telling great stories. Good evening, and welcome to the XWP Tonight Show.

Ken
Hi, thanks for having me on. I’m really excited about working with you guys. And very excited about AMP and Stories. It’s very, very important to us right now.

Amit
Wonderful. To begin with, the Cowgirl Magazine website, you’ve always had a focus on performance. Why do you see performance is important to the success of publishers online?

Ken
You know, speed is so important to us. Because we have a primarily female audience—about 95% of our audience is female, and they are speed readers. They’re in and they’re out, if you make them wait a second, they’ll jump out of a story.

So, speed has always been a very, very important part of what we do. We were a pretty early adopter to AMP, because I discovered AMP and then found out how fast it really made the website, and it also enabled us to get better search results. We found that our numbers grew exponentially when we adopted AMP.

And when we started working with XWP, and brought the power of the actual Google AMP on board, we really saw a major increase in speed. And I tell everybody, we have the fastest website in the galaxy.

Amit
I love that. So your website is performing really well. Now it’s got a good performance these days?

Ken
Remarkable. It’s so quick if you go online. And you know, we designed the website to be more applicable to an iPhone, because the majority of our audience comes to us through a mobile device. So it’s been remarkable, the numbers on the stories that we’ve been putting up, the numbers on the content we’ve been putting up, we’re attracting a lot more people and they’re coming in from different areas.

Normally, we would use social media to drive the audience to the site, using Facebook, links back, Instagram stories, and the like. But since we adopted this new platform that you guys developed, the audience has been huge, our Google Analytics numbers are almost double than when we started just less than a year ago.

Normally, we would use social media to drive the audience to the site, using Facebook, links back, Instagram stories, and the like. But since we adopted this new platform that you guys developed, the audience has been huge, our Google Analytics numbers are almost double than when we started just less than a year ago.

Amit
I love that. So engagement has increased and more people are coming to the site. Right?

And what we’re finding too is that our bounce rate has dropped significantly, people are coming in. Because they’re new eyeballs that we’re reaching out there because of the speed that we have. And they’re coming in. And they’re hitting three, four and five pages a shot, which is you know, normally, we had a distilled audience that was coming in reading an article and getting out right away.

So they would come in, reading their stuff and getting out now we’re having a lot more engagement. And they’re discovering what our website has to offer, because we have quite a bit of our archives, it goes back quite a few years.

Amit
With regards to Web Stories, you know, for XWP, we were the developers and maintainers, we built that together with Google. But we were really excited to work with Cowgirl Magazine as an early adopter of Web Stories. What made you interested in adding Web Stories to your site?

The fact that you could control the story and leave the audience viewer through the story and then engage them and entice them and holding out something big at the end. It’s a different way of telling a story online, unlike anything that anybody’s doing out there.

The fact that you could control the story and leave the audience viewer through the story and then engage them and entice them and holding out something big at the end. It’s a different way of telling a story online, unlike anything that anybody’s doing out there.

It’s not Instagram stories, Instagram Stories, it’s rapid fire. It’s quick, it’s fast, but it’s not really telling a story. A blog post is telling a story, but it’s out of sequence. This photo doesn’t necessarily link to this paragraph. Whereas with the Google Stories every word with that image with that video matters. And it matters to the stream and the actual flow of the story.

It has a beginning, middle and an end. And it’s very, very, very powerful. Extremely powerful, because you can incorporate video, lots of video, great graphics.

I love everything about it. And I think it’s the wave of the future as far as storytelling on the website is concerned. Plus, you’re able to market it like a regular blog post. So once you put a story up, we run it right through the funnel of our social media, out to Facebook, out to Instagram, out to Pinterest, out to our E-blast list to get them back watching this story. So it’s really powerful storytelling.

So you can run three separate stories on the same subject, but broken up into three different areas. So it’s a very powerful medium. And, and it’s something that we’re going to invest in more and more.

So we tell the story under our own terms, but basically, have them pay for it, have them support a story that we tell from our own perspective. And so that’s one way of doing it, I see that there’s an opportunity to plant slides that would be ads in themselves.

We haven’t done that yet. We haven’t gotten to that point yet. We’re still in development stages with that, but I think there’s a lot of potential. And I’m curious to see what evolves from Google and the people who are developing these stories, and we’re in the crawl stage at this point when it comes to advertising, but we really want to delve more into that and make some money with this.

Amit
And this is why I love the fact that we chose to work together on this. This made a lot of sense. You know, we built Web Stories together with Google. And we thought, “we need an example, we need someone to work with who’s going to really embrace this.” And it’s obvious you’re a storyteller at heart, so you get the importance and the benefit of telling a story in the right way.

You know, we built Web Stories together with Google. And we thought, “we need an example, we need someone to work with who’s going to really embrace this.” And it’s obvious you’re a storyteller at heart, so you get the importance and the benefit of telling a story in the right way.

And I love how you’ve adopted it. And you’ve done it in a way that it captures the heart of what you’re trying to tell you presented in a very engaging way using the media. But then you’re leaving the option for the reader to keep watching, or click through and to read more. So they’re able to go that extra step if they wish to.

I think you’ve really nailed it. And a lot of people who are either watching this or go to the Cowgirl Magazine website and see the Web Stories have a lot that they can learn from as to how to make really just impactful use of Web Stories.

This is wonderful. I think this is very informative, very educational. I really appreciate it. Again, I highly encourage people to check out the Cowgirl Magazine website, check out the way that Ken, you and the team have created Web Stories. It’s amazing.

We love working with you, you were the best partner for us to really knock this out and to get some great examples together. Thank you so much for our engagement together. And thank you for joining me today on the XWP Tonight Show.

Ken
Well, thank you for having us. And we really, really like working with you guys. You really moved us around that curve in a very fast way, and we really appreciate it

Amit
Wonderful. Thanks everyone for watching. We’ll see you next time. 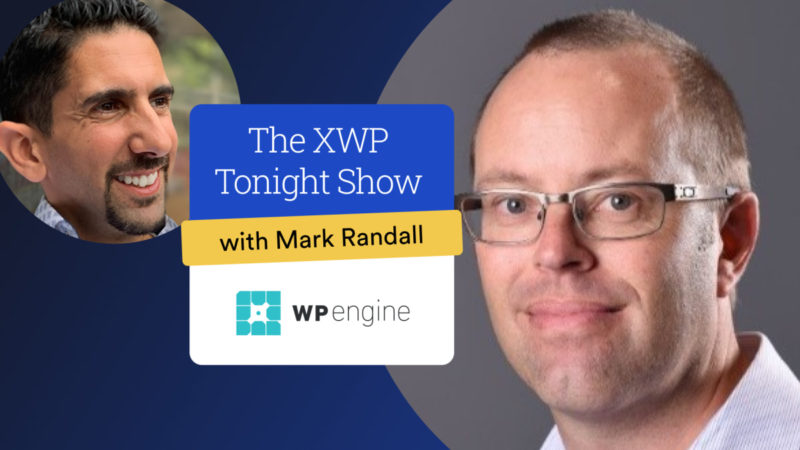 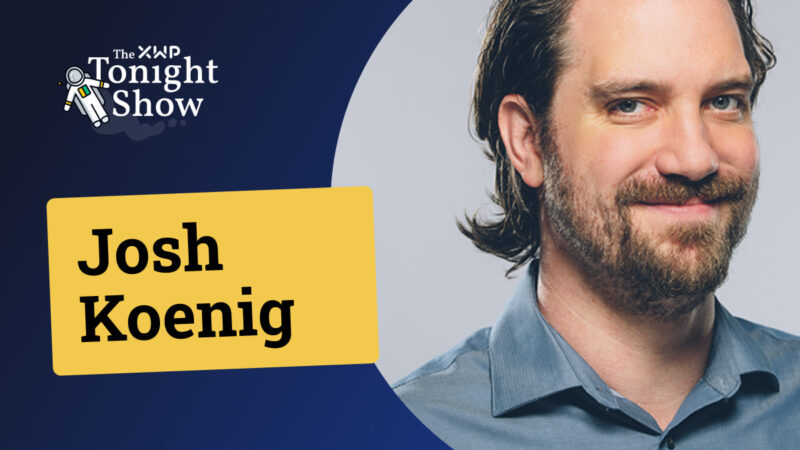 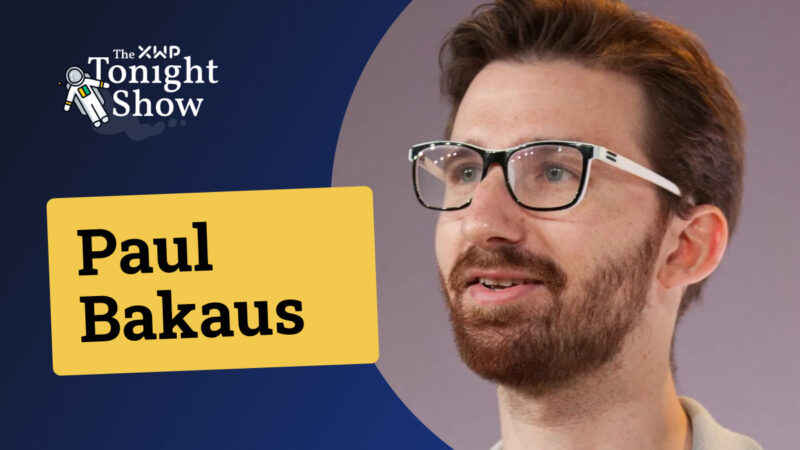 Our team of performance experts can help supercharge your user experience and create a lightning-fast digital platform that delights your users and empowers your teams to go further.